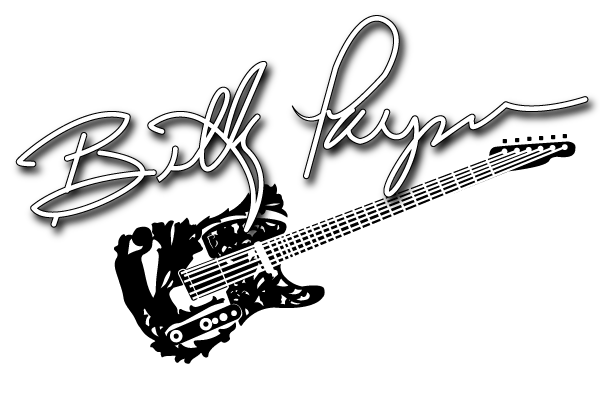 Billy Payne was just a little boy in Page, W.Va., when he unwrapped the Christmas gift that would change his life – Johnny Cash’s latest vinyl, “At San Quentin.”

Little did he know that three decades later, heavily influenced by that record, Payne would be a star himself, winning “Star Search.” And nearly 25 years after that, the Beckley resident would have a stack of awards and nominations – including a 2021 Josie nomination.

“I never thought, when I was growing up, that it would ever happen,” said Payne, who was only dabbling in self-taught guitar when he graduated from Page High School in 1979. “I just did music because it was fun, something to do. Then it kind of hit me later to do it full time. I’d say it was in the mid-’90s when I decided that I wanted to do music for a living. Then I won ‘Star Search.’ ”

In 1998, Payne took home a national award from the traveling version of “Star Search.” It didn’t take long for record labels to notice. He signed with Aaron Records and released his first album in 2000. Two top 10s (“No Limit on Love” and “Nadine”) and a top 30 (“She Got Away with Goodbye”) on independent country charts soon followed.

By 2005, his second album was getting heavy airplay – mostly overseas. “Blue Skies, Mountain Air, Clean Water” was a hit in Europe, and back in the United States, Payne had gained the attention of one of his childhood hero’s bands.

“My heroes are Willie, Merle, Waylon, Johnny Cash,” he said, “and I love that music. But really people tell me, ‘Man, you’ve got your own thing.’ ”

Among those who have made such a comment are Waylon Jennings’ own band, the Waylors.

“We were doing this spirit tribute show, and they really liked the way I approached the song,” Payne said. “I just did it my way. … I love their stuff, and it’s influenced me, but I’m not a tribute artist or an impersonator.”

The Waylors liked Payne so much, they asked him to perform with them.

He teamed up with them back in 2007, and to this day they continue recording and performing together. On Payne’s sixth album, “Rough Around the Edges,” he is backed by the Waylors.

With them, with other backing bands, and sometimes on his own, Payne’s music frequently put him on the road.

“I always have felt really blessed about the travel,” he said, admitting that he’s never enjoyed the luxury of a tour bus and that he prefers driving over flying.

“Probably my favorite venue in all of the U.S. is the Wheeling Jamboree,” he said. “It’s a great theater. Historical.”

And the world-famous Wheeling Jamboree loves him back. In 2014, it inducted him as an artist member. He’s performed there many times with other Jamboree stars.

Outside of the country, Payne’s favorite place to play may be a little recording studio in Belfast, Ireland, he said. Songs he co-wrote and recorded there, like “Good ol’ Boy, Bad ol’ Girl” and “Country Dance,” climbed the European charts.

“I’d come pretty far from a dirt road in Page,” said Payne, who appeared as a guest on Europe’s “Phil Mack Show” and made acoustic appearances on television and radio shows throughout Ireland in 2017. The next year, he headlined the Barcelona Cowboy Boots Fest in Spain.

Just before his trip to Ireland, the Academy of Western Artists nominated Payne in three categories: Artist, Album and 2016 Song of the Year with his “Genuine Leather” CD. In October 2017, 2018 and 2019, he was again nominated in the same categories.

And now Payne can put another honor under his big, shiny belt buckle – a 2021 Josie Award nomination. As a matter of fact, he garnered three of them: one for the category of Traditional Classic Country, another for Traditional Country – Male, and a third for Song of the Year – Traditional Country, for his single, “I Only Miss You When I’m Sober.”

Last year, despite Covid and a lack of performance opportunities, Payne also had a good year. First, he signed with Sony/SM1 Entertainment. Then, Fair Play Country Music Awards nominated him in the categories of Traditional/Original, Country Rock/Original, Modern Country/Original, Song of the Year/Original, and Gospel Music/Original. That same organization nominated him again this year.

“It was nice,” he said of his recent trip to Pigeon Forge, Tenn., to attend an award ceremony. “But I didn’t go after music to be famous. I just went after it because I liked it.”

Most recently, he’s become the subject of a documentary film by local filmmaker Ted Farrish, along with a new CD. And there will be more.

Encouraged by his recent Josie Award nomination for song of the year and a Will Rogers award nomination a few years back for his “Spirit of an Outlaw,” Payne said he plans to continue writing.

“People have told me they changed their life over a couple of my songs,” he said. “You know, gospel music was country music when I was growing up. … They fit hand in hand a lot. They really do.”

Whether he’s recording, performing, writing or doing all the above, Payne said the only thing he’s certain of is that he will always be himself, no matter what the coming years may send his way.

“I’m really certainly setting out to be me,” he said.

For more information about Billy Payne and links to purchase CDs or download singles, visit billypaynecountry.com.

And to those who aspire to follow their musical dreams, he said this: “If you’ve got a dream, go after it. Don’t let anyone tell you that you can’t do it. Get out and play as much as possible. Write as much as you can. Sing all the time, and just be careful.”

“It’s the biggest problem nowadays,” he said. “Stay away from it.”